"Demon In The Snow," a first from Author Florence Cardinal


I first met Florence Cardinal online on Internet Writing Workshop . In 1998, we were both members of the Writing list, NonFiction, and MarketChat, and striving to become more proficient with our writing, and at selling our work to better paying markets.

Ms. Cardinal is a freelance writer. Born during the thirties on the Canadian prairies, much of her earlier work consisted of nostalgia articles about life during the post-depression years. Her first works appeared in the Western Producer and Good Old Days. Since then, Ms. Cardinal has written about topics, including health problems, and the paranormal.

Early on in her career, Mining Comppany.com engaged her as a guide for the Topic "Sleep Apnea," and she began conducting a "Sleep Disorders Chat Room" online. Within a short time, her Sleep Disorders site at About.com brought her International acclaim.

Continuing to grow as a professional writer she made a career change that led her to writing romance stories, which naturally led her to publish a book. Ms. Cardinal mastered technology and created her first ePUB, required by major publishers today. 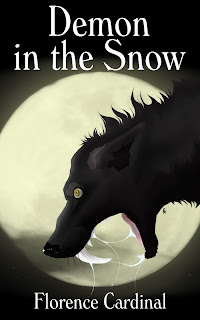 Demon In The Snow is her first published romance. Set within the winter wilderness of northern Alberta, Demon in the Snow tells the story of DANIEL LAVASSEUR, a reclusive artist who carries the mutated gene of loup garou in his blood. He believes he has the demon under control. Then the dying begins. (read more)...

Years ago, when I traveled to Alberta, Canada, to visit family, Ms. Cardinal made an eight hour drive south from her home to meet me. Our friendship not only became closer, but from our long association as friends and professional writers, I'm pleased to say without reservation that Demon In The Snow  is sure to meet your highest expectations for fiction, romance and paranormal.
Posted by * * * * * * * * * * Mona * * Leeson Vanek at 12:24 AM No comments: